Skip to content
Home » Community » Attention Earthlings, we got some real sh++ to deal with

Attention Earthlings, we got some real sh++ to deal with and not this bulls++ y’all  knocking around. 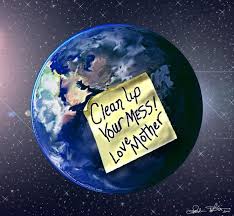 There are many things that we earthlings allow to divide us – location, vocation, education, enunciation, origination, and migration.  There are many ways we justify these divisions through our various isms.  None of this is really important – they’ve become props that we rest our biases on; tools to divide and distract; perhaps because some of us are too scared to face the real stuff we need to be dealing with.

What’s real is that planet  earth is unhappy right now and showing it through earthbound sobs and upheavals all around the globe  – hurricanes here, wildfires there, droughts, earthquakes, tsunamis, avalanches, permafrost thawing, and once-in-a-life time heat waves and other weather events that are happening much more than once-in-a-life-time.

What’s real is that the people are suffering – both the victims and perpetrators of crimes be they mass or personal murders conducted by individual madmen of our various tribes or by militaries and terrorists (domestic and international).  Pick a country and there’s usually some violent, tortuous crap going on in it  quite regularly.

What’s real is illnesses of our bodies, our souls and our minds: stress, trauma, cancers, diabetes, psychosis and bipolarity, and other maladies many affecting the young. even our babies.

What’s real is the disruption of natural order:  the collapse of bee colonies, the severe reduction of the monarch butterfly population, and the declining bat population to name but a few.  All of these impact our ability to grow food.

What’s real is an ocean of plastic, that man-made creation that goes against the basic tenet of nature – that everything degenerates and goes on to nurture new life.  Plastic doesn’t.  Check this out:

What’s real is:  water crisis and scarcity.  In Flint, Michigan and In South Africa, India, Venezuela and now Puerto Rico to name but a few places.

What’s real is the abundance of chemicals that threaten seeds, land, and animals and cause us to have to farm fish because less and less of oceans and rivers cannot sustain them any more. Fish used to be abundant everywhere.

What’s real is violence – incidents and categories too numerous to begin to list.

What’s real is scarcity in a planet that had (?), has (?) abundance enough for all of us to live and live well but for the distribution of wealth, wasted and unevenly shared resources, greed, etc.

And yet I know that there is more good going on in our world every day, millions of acts of goodness including positive science that has ended isolation and seeks to solve problems.   However,  the good doesn’t seem  loud enough to drown out the devastatingly bad stuff that the planet is experiencing..  We are experiencing an increasing cacophony of near-extinction-level events.

What’s real is that we have demonic, ignorant and egotistical leaders who could blow up the planet in a flash.  Where will we run, what will we do?  None of these disasters will only kill some of us – they will fry all of us.

2 thoughts on “Attention Earthlings, we got some real sh++ to deal with”