In some cases, I knew the mistress first.  She was a friend.  Lovely woman, lonely, wanted companionship at any cost even if it meant going against long-held values.  In another case, the mistress was a proximity friend – we worked together and were friends for as long we worked together  She was a voracious woman who didn’t care about  the male’s relationship status.  She just wanted who she wanted, when she wanted until she spied her next conquest.

In other cases, I knew the wives first – loyal, lovely women who were faithful if not fulfilled in their marriages.

A lot of people zoom.  “Who’s zooming who,” Aretha Franklin sang on a hit song recorded in 1985.  Her song was talking about who’s checking out whom.  I’m using it as a metaphor for who’s intimately intertwined with whom.

In two cases out of about twenty, the mistresses became the wives.  Most times the relationship came to an end – either the mistresses snapped out of being second or the philanderer moved on to someone new.

Quite recently, I was in the company of former mistresses, wives and husbands at a couple of gatherings.  In one case, three of us knew about the affair, in another instance only two.  The husband didn’t know the mistress had told me anything.  In the other case, I found out some years back, quite by accident that a friend of mine was messin’ with another , mutual friend’s husband.  That one shocked me on the parts of both participants. 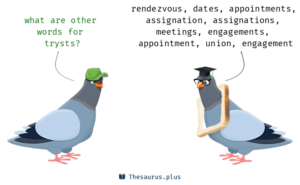 Sexual appetites differ, sexual opportunities abound, and mores are more relaxed now than ever.  In the two most recent cases, the affairs ran their course and ended. The spouses returned.  Everybody involved was a nice person.   The women could have been friends.

I also came to find out that a family friend when I was growing up, was a long-term mistress of a man I thought was her boyfriend and quite cordial with his wife.  The wife, mistress, husband and children vacationed together and got along quite well although they maintained separate homes.  I could cite other examples but you get the point.

The fact that at this one event, I knew of three affairs among a group of about 50 people, got me to wondering about who else at the event might be tipping, tripping and slipping. In a town as small as Boston, it’s inevitable that anyone you date or marry has been involved with someone you know, unless they are newly arrived (and even that’s not a guarantee what with trains, cars, planes and boats that carry people to and fro).

My husband jokes that I know or have met many of his old flames, while he doesn’t know any of mine.  I’m like James Brown – “I don’t care about your past, I just want our love to last.”  So I don’t get upset about knowing his formers.  As for me – I’m only zooming the man to whom I’m married.  (As for pre-marriage zooming, I’ll never tell.)

Marriages can survive infidelity.  Some marriages get stronger after and some break.  It’s just how it is.

Who’s zooming who…?   Not me and certainly not you.