Skip to content
Home » Boston » The Hustle – Gypsy vs Uber

Uber, smuber.  The idea of having private cars provide taxi service is not new.  Uber and other similar companies, have just  put some organization around the concept.  I remember gypsy cabs.

Have you ever taken a gypsy cab?  Do you know what a gypsy cab is?   Did you know they are still running especially in many inner-city neighborhoods? 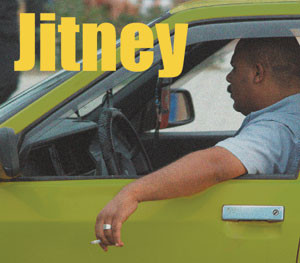 In Boston, you’ll find them at the South Bay Mall, at several Stop and Shop grocery store lots, and outside of Ashmont Station. The Dudley Business District is another place they proliferate.  Try finding a regular cab there day or night although this may change now that the Bruce C. Bolling Municipal Building has opened and a whole bunch of Boston Public School Department workers have come to the district.

A gypsy cab is a private car used to pick up people on the spot to get them from point A to point B.  They are usually caught on the fly.  Like Uber they are unregulated. Unlike Uber, they are part of the underground economy. They do not use technology for payments or deployments.  Cash only. Phones are seldom involved.Gypsy cabs are full-time income for some people and a side-hustle for others

Cause it’s all about money, ain’t a damn thing funny
You got to have a con in this land of milk and honey (from Grandmaster Flash and the Furious Five – “The Message“)

Thinking of gypsy cabs got me to musing about the underground economy – the hustle.

About 30 years ago, a woman I know who is now quite an accomplished artist with a few public sculptures, was a young mother with young children and a husband who had flown the relationship and any financial contributions to their family.  She used her station wagon as a gypsy cab with her children in the back seat.  It was cash, it was regular, and it got her through a tough patch.  The women who used her, felt more comfortable with her and so she was busy. You’d have to have been poor to understand this.

The underground economy has always existed and always will.

At least twice a week, I notice a woman walking through my neighborhood and other parts of Dorchester, collecting cans and bottles for refunds.  Some neighbors have actually started leaving them outside of the recycle bins for her to find more easily.  Another gentleman drives his truck through on garbage collection days and picks up mostly metal objects.  Metal can be sold for a tidy sum.

People have rented out rooms forever before Airbnb and didn’t rely on a middle-man to get referrals (and didn’t have to give anyone a cut of their earnings).  As long as you managed the flow of people and were discreet, you were in business.  Another friend has rented out a room in her house to college students every academic year.  She has met people from all over the world and formed lasting friendships with several of them.

Self-reliance, i.e., hustling is much better than being inert and broke-ass broke.  I know people who are paralyzed because they don’t have the wherewithal to hustle and therefore they have no flow – cash that is.  Cash always attracts cash.  Doing something will bring other somethings to you.  I have never seen this fail.

I found out recently that another long-time acquaintance of mine has a few regular cleaning clients that keep her cash flow going.  She has a “professional” gig, is college-edumacated  (lol), and presents herself as though someone  should be doing her cleaning.  She actually enjoys creating order and makes sure to keep this work far separate from the rest of her life.

My hustle used to be typing term papers. 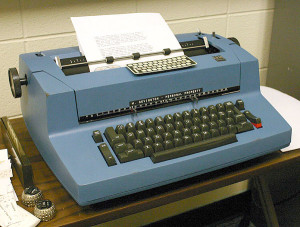 I had a lot of clients, even had a few bidding-wars around finals’ time.  Students (including family members) knew that I could spell, was fast, and would rewrite when I saw glaring errors.  They also counted on me to expand and expound if they were stuck on ideas (for an additional fee). I have fond memories of receiving and posting papers in the mail for my Aunt J.

The shadow economy does carry many risks and it does keep tax revenue out of the economy.  Still, everyone I know who’s had or has a side-hustle, also has a regular job but has to do this to make ends meet.

Interestingly, some of the young, middle and upper-class people I know who don’t consider themselves part of this economy are in fact able to avoid the side-hustle because they have parents and/or grandparents who “loan” (actually gift) them money on a regular basis.  Everyone but the monetarily wealthy needs mo’ money to get by.

Why Black Market Entrepreneurs Matter to the World Economy

Hiding in the Shadows: The Growth of the Underground Economy

5 thoughts on “The Hustle – Gypsy vs Uber”