Turns out I have friends who have racists in the family.

About 30 or so years ago, I worked with a vivacious and gregarious woman (White) at Boston City Hospital right before it became the Boston Medical Center.  She was moving from Dorchester to a house she had in South Boston.  She regaled me and our colleagues about the decorating decisions she was making but it was clear that I wouldn’t be invited to see the home.  Someone, her husband, her kids or her neighbors wouldn’t be welcoming.  It wasn’t that I was anxious to visit her but it was unspoken between the Black and Brown colleagues that this wasn’t going to happen. (It would have been nice to see the finished décor – I heard enough about it.). 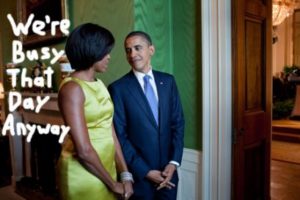 About 10 years ago, my husband and I were invited to a holiday party at another White colleague’s house in S. Boston.  We were greeted at the door by an inebriated White woman with the words, “I’m letting in the Black people.” (My capital B, not hers I’m sure although she did emphasize the word black – drawing it out to sound like Bbbbblllaaaccck!)  Turned out she was a drunken cousin visiting the hosts.  I won’t go into detail about other racial gaffes at that party but afterwards, my husband and I created a signal to give each other when it was time to leave such situations.

About 3 years ago, I was invited by another friend (White) to participate in a writing group.  She felt sure I’d enjoy their feedback and that it would be helpful for my writing.  (It mostly was.)  She told me, later, that they’d been concerned about my participating in the group, about whether I’d fit in – sight unseen.  Had she told me this before the group started, I wouldn’t have joined.  Who has time for such scrutiny based on your background & identify?  I did meet with the group for a little over a year, and then my schedule got too busy to participate. They were nice people and interesting writers but every now and again, the thought that they’d hesitated for my inclusion grated a bit.

This year because of the Trump campaign and ultimate win, I’ve learned that still other white friends (and we are friends because I’ve been to their homes on more than one occasion and they’ve been to mine) have family members who voted for Trump.  This causes my various friends a lot of trepidation.  There are gatherings I won’t be invited to because of these family members who are racist despite having received a lot of material bounty and white privilege in the world.

One friend explains that her husband’s sister will be visiting on the night of the final debate.  This sister-in-law has not seen much of the world outside of the small Midwestern town in which she lives. Therefore, though we  watched the 2nd debate together, they can’t come to the final  debate because  they don’t know what would happen. Another friend is wealthy.  Her wealthy sibling and some of their friends have all sorts of opinions about Black people even though they don’t know any of us personally.  They get their information about Black and Brown people from the media. They can’t distinguish my ordinary, elegant, and law-abiding Black self from my brethren who have done stuff heinous enough to make the news.

At lunch recently, yet another friend of several years recounted that her brother, a fireman, felt passed over if anybody Black or Brown got a promotion to a job he’d applied for in his department, despite the department having been nearly lily-white for decades.