Skip to content
Home » Green Concerns » How could you not know it was a bad idea? (Tide detergent pods)

Tide came up with the concept of detergent pods (single-dose laundry detergent).  In its design and original packaging the detergent looks like hard candy in a candy jar – especially to young children.

Since they came out, several young children have been poisoned by ingesting these pods.

How did this idea pass through however many levels of approval it had to pass before it was manufactured?  Was there no one in the process who  noticed that the look of the container and product would be tempting for children?  Did none of the chemists or testers or marketing people or sales people have children?

Where was the legal team on this? How about the insurers? Wasn’t there anyone in the long process it takes to get this product from conception to store shelves raise a concern?

A quote from a Reuters’ article, Tide to change Pods lid amid child safety concerns notes the numbers of people involved:

Procter & Gamble Chairman and Chief Executive Bob McDonald earlier this year said Tide Pods would be the company’s biggest innovation of 2012. It took P&G eight years of research, with 75 technical staff working on the project full-time, to come up with Tide Pods. More than 6,000 consumers were involved in testing what the company has called Tide’s biggest innovation since Liquid Tide’s 1984 launch.


Clearly there was no system of checks and balances.  Where was the “common sense.” And why pods any how?  Is it is really so difficult to measure out detergent the traditional way?  Is all the extra packaging  healthy for the environment?  (No, it is not.  Most will end up in garbage and ultimately landfills.)

And answer me this why should detergent be poisonous to clean?  Soap and detergents have been around for centuries in configurations that would cause an upset stomach but not the danger these single-dose detergents, manufactured by Tide and others, do.


NYC Poison Control Center asks parents to avoid buying the tempting but toxic products that have been eaten by 40 kids in the city since April. Over 1,200 children nationwide have chomped them and 11 have been put on ventilators as a result


What’s worse is that these single-dose laundry detergents were introduced in Europe a year earlier and the dangers they posed to young children began surfacing immediately.  Why no correction to this packaging before the product was sold in the U.S.? 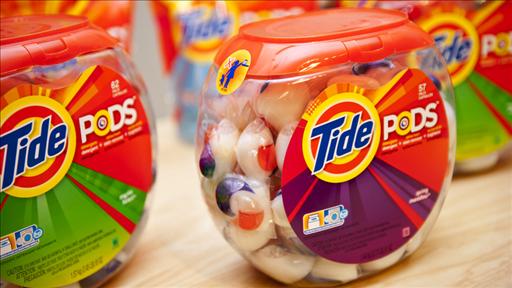 The new packaging has double latches but the design still looks enticing and like it contains a treat. 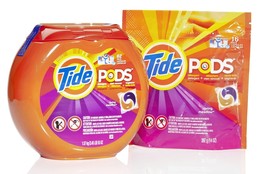 What were they thinking?  Who’s minding the store?

How Natural Soap is Different from Commercial Soap

Don’t Have A Cow

2 thoughts on “How could you not know it was a bad idea? (Tide detergent pods)”