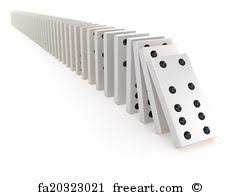 I wrote The First Wrong in May 2009 and posted it to my blog.  It was written in response to a young man being murdered at Harvard University. It bears repeating.

There is always the first wrong  This post came to mind when I learned that two young  Black men were the ones who murdered the beautiful Jazmine Barnes, a seven-year old from Houston, Texas.   They fired shots into the car she was sitting in with her Mom and siblings.  Originally, because of the description of a suspect and truck, it looked like the shooting was racially motivated.  It turned out it wasn’t.

The shooter’s mistook Jazmine’s mother’s car for another car.   I’m sure that neither Eric Black Jr – the 20-year-old who drove the car or Larry Woodruffe – the 24-year-old who fired the shots intended to murder sweet, innocent Jazmine, but they did.

They intended to shoot somebody – this was the first wrong.  And that first wrong magnified into a tragedy that killed an innocent child – scarring and devastating her parents, siblings, extended family and community forever.  It reverberates and devastates the shooters’ parents, siblings, extended family  and community as well.  It damages our national psyche as guns, once again, kill indiscriminately.  Killing doesn’t work. It notches another victory for the crazies,  the uncaring, and the cowardly – confronting a situation with a gun instead of direct confrontation/conversation with the person who done you wrong. Or, an option those of us on the peaceful side of things choose –  just letting it go.  How ‘bout that as a practice?

Shaun King, a social justice activist and journalist received the original tip that led to the arrest of Black and Woodruffe.  He and the Barnes’ family lawyer, S. Lee Merritt, had raised $100k as a reward for any tip leading to the suspects.  An anonymous tipster told Mr. King that they were looking at the wrong suspect in going after a white man who was described by Jazmine’s 15 year old sister and another witness.  The tipster even gave their initials.  My deepest appreciation goes to the tipster.  I hope they collect their award.  Not knowing their circumstances, I don’t know who they were in the lives of these murderers but I hope that the reward and their help bringing the murderers to justice give then the motivation to get out of the proximity of people who have nothing more to do than drive-by shooting.

There is always the first wrong – when you step out to hurt somebody; when you are easily offended over some bull-crap; when you sneak-out, disobeying your parents’ rules; when you tip out on your spouse; when you decide to steal something instead of buying or forgoing; when you drive while intoxicated; and so on and so forth.  The pendulum is constantly ready to swing out of our favor at any moment.  Don’t help it by committing that first wrong.