Sorrow and incredulity rose in me as I watched a discussion recently on a local television show whose  panelists discussed a lack of role models for them as Black (and one Latino) women and then dissected the role models they mentioned.  They were discussing actors and singers as visual role models – not other women of educational or entrepreneurial accomplishment as possible role models.

By focusing the discussion on physical beauty, the panelists reconfirmed yet again that a woman’s   physical beauty is the most  important/noteworthy focal point for a discussion about women.  Sigh. But that’s not the point of this post.

The panelists said things like, while they are happy to have images like Viola Davis, Beyoncé and Kerry Washington many of the girls and young women who watch them can’t attain their beauty because they don’t have the money to look and style the way these and other prominent do.

What?  I thought to myself.  What universe do these pundits live in?  I see Black women fabulously styled and coiffed every single day as a I go about my business in Boston and other places I visit like St. Louis (my home town), Charlotte and New York City.  Income and stylists have nothing to do with their fabulousness.

Why don’t they see what I see, I wondered? My counter thoughts to their statements came fast.  No role models?  Open your eyes and look around you.  No money to achieve their looks? Have you not seen Black women at church, work, school and play?  The fashion world looks to our ordinary, around the way teens and women for inspiration.

Ever heard of Black style?  I thought.

They went on to blab about black girls trying to imitate white women.

The Black women I know who’ve colored their hair blonde, platinum and red are doing it because they like the way these colors look on their brown skin.  If they look to anyone for inspiration, they look to Mary J Blige, Beyonce, Angelique Kidjo, and in my girlish days Tina Turner and Diahann Carroll.  They don’t seek to emulate white women. Although there are exceptions – like Lil Kim who’s  a bit cra-cra and has clearly become addicted to plastic surgery.

Looking for role models?  I suggest they:

The first women who inspired me to love the way I looked were the women of my family – my fabulous Mom and glamorous Aunt Jewelle and my cousin Marnette. Next were the women of my church.  In those days we dressed up for church. I remember the singing sisters Grace & Lola who always had the latest styles, the Hooper sisters and an array of women in their suits, dresses, alligator pumps and mink coats and stoles or coats with fox collars.  They looked fine. Many of the women made their clothes and hats.  A few shopped at the downtown department stores while others shopped in thrift stores.  They all looked fabulous.

Look to the music: 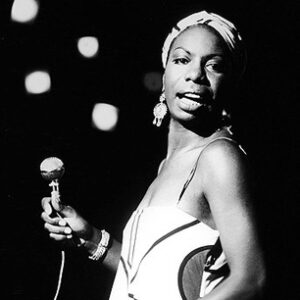 I remember being fascinated with my stepfather’s album collection, particularly the album cover photos of the exquisite Nancy Wilson, sassy Sarah Vaughan, and cool Carmen McRae.  There were also the Supremes (later Diana Ross and the Supremes), Martha and the Vandellas, Aretha Franklin, Nina Simone, Odetta, plus Robert Flack, Minnie Riperton and Chaka Khan with their giant afros.  Sade and Anita Baker came out with albums around the same time and owned the airwaves the years after their first few albums were released.  Each had her own style as did Joan Armatrading, Sweet Honey in the Rock and dear Esther Philips.

Look at the magazines:

The first issue of Essence magazine came out when I was in high school and blew my mind.  With my best friend Etta, the first girl I ever saw wear an Afro, I devoured its pages filled with glorious images of Black women.   Essence became our favorite magazine.  But before Essence, we loved Ebony & Jet, which always had lots of pictures.  I remember being blown away by the model, Naomi Sims.

Look at the media:

I loved, in no particular order, Cicely Tyson, Diahann Carrol, Angela Davis, and Pam Grier.  Oprah was a force from the beginning.  Remember model Pat Evans?

Look to the writers:

Poet Mari Evans came to my high school and read her poem, “I am a Black Woman”, whose last stanza I recited again and again:

All of these women and so many more (Shirley Chisholm for President), Ms. Fannie Lou Hamer, Mariam Makeba and Winnie Mandela were a prism through which I saw myself and who and what I might be.

I also loved Carole King, Laura Nyro, Bette Midler,Lauren Bacall, Doris Day, and Sophia Lauren – a beauty in a class by itself.  Carol Burnett stood out because she had her own show.  She wasn’t a beauty by Hollywood standards but she dressed so beautifully in her opening segment in dresses designed by Bob Mackie and she was so willing to go all the way out with her comedy.  I can appreciate beautiful white women (and Japanese, Chinese and Indian women to name but a very few) without envying them or feeling that in some way their beauty trumps mine.

We used to have to wait for a monthly magazine, or a rare TV special or one or two TV shows when I was young.  This is not the case now In 2016 there are so many Black, Brown, Tan and White women of accomplishment in the words of politics, business, advertising, medicine, research, technology, sports, fashion, directing, acting and music that I can’t imagine feeling a dearth of role models if I were young today.  In fact, women and men of accomplishment are still role models of possibility for me each and every day.

So I ask the commentators, the pundits, and the so-called intelligentsia where are you looking for role models?  Open your eyes – they are all around.

And please, please, please local show, do not have people commenting on popular culture who admit – “I didn’t see that show, hear that album, or watch that movie.”  In that case, you don’t know and are only opining with no foundation. Find somebody else.

Reflections on beauty and a tribute to Naomi Sims 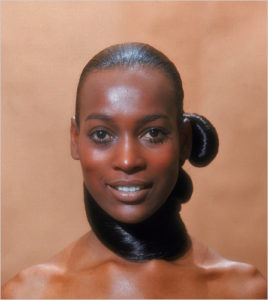