If it’s the thought that counts, how could you think that of me? I mean really.  Do you see who I am?  Do you even look at me?  (And I’m sure you’ve thought the same of me – what was she thinking?)

Years ago, my then boyfriend bought me a pin made of leather that was the recreation of an eyeball – bug-eyed eyeball.  It was bugly (beyond ugly) and creepy.  After I finished rolling my eyes and pursing my lips, I asked him, “What made you think I would like that?”  And he said, “You like unusual jewelry.”

Hmmmm.  While I admit that I did wear colorful jewelry, it was unusual only because it wasn’t traditional – made by street vendors who were abundant in those days, but never, ever did I wear anything creepy.  I thanked him profusely and gave it back to him.  He’s the same boyfriend who rented a hotel room at the lake without a lake view, nice thought but no, not the right execution.

If it’s the thought that counts, why don’t you pay attention?

This one I have to apply to myself, who went to the liquor store to buy her husband cognac and couldn’t figure out for the life of her, which cognac he drank.  Turns out you can’t exchange liquor.  Sigh.  I was trying to surprise him.  I ended up surprising myself – he is not a Hennessey man.  While he’ll drink it (sort of has to since I surprised him with a bottle), if I’d just paid closer attention, I would have known the brand he favor. 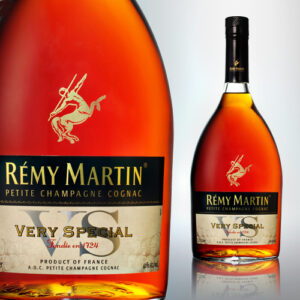 The recently emptied bottle that I’d recycled was a huge clue. My only excuse is that I don’t drink and just don’t pay that much attention.  (I have now put the info on his preferred brand in my phone so I’ll remember if I ever decide to get him liquor again.)

If it’s the thought that counts, make an effort.

There I go, off on a tangent.  I’ll stop.  I do appreciate the thoughts, I do, I do… as an indicator of and a first step to…execution and nailing it.

2 thoughts on “If it’s the thought that counts”