Skip to content
Home » Encouragement » Thanks to the nurse who…

I must say thank you.  Thank you because you touched me – one human being to another.Thank you to the nurse who was proactively kind and gentle with me during a recent biopsy.  She held my hand and rubbed my shoulder throughout the procedure.  I am so grateful that she did.  I was stoic but scared.  I didn’t expect her touch.

Her kindness started  before the biopsy began, when she made sure to include me in conversations with the team, to explain to me why a delay happened, why certain questions would be asked by each person I saw, who I’d be seeing,  etc.  She was clearly efficient and experienced but she made me feel that I was the one and only person on her agenda during the time  we were together.

The original doctor who was supposed to do the biopsy was brusque though clearly professional. When circumstances prevented her performing the biopsy, she referred me to another doctor in her practice.  This doctor, also female, was patient and had a kind demeanor.  That she wasn’t the doctor who went over my results, which were delivered, instead, by the original doctor, is a matter of the institutional bureaucracy of a large health care system.

That my internist whom I’ve seen more than any other medical person in my life hasn’t called to talk to me at any time in the 2 month-long process also says something about the medical bureaucracy in general and his personal style specifically.

A nurse was kind to me.  She asked me about my name, how to pronounce it properly, and told me it was a beautiful.  (Her words melted my icy stoicism.) She made eye contact, held my hand the whole time,  and gave me gentle rubs and pats.

I am so grateful.  I  am redoubling my efforts to hug and touch and give kisses and send love notes/cards/emails/texts/letter  love when and where appropriate. 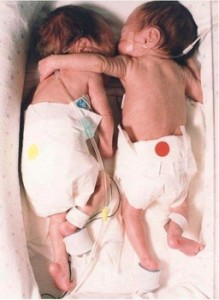 2 thoughts on “Thanks to the nurse who…”