A regular paycheck will motivate you to stay in a place that is horrible, oppressive, boring, snarky, ineffective, and soul-crushing.  A regular paycheck and benefits will cement you in place even if it elevates your blood pressure and has other negative health indicators.

Even people who are aware that they are being crushed will hang-on to jobs because these days it is better to have a job than not to have one…or so we think. 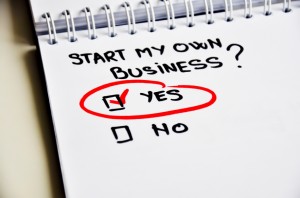 Many people will die slow deaths counting down to the years until they – happen upon another job, hit the lottery, find an escape hatch, or retire – whichever comes first.

Over the past 5 years I’ve seen people downsized for many reasons, among them:

Despite the fact that there were usually visible signs leading up to the job-loss, the people whose positions were eliminated, weren’t prepared when it happened.Even when they complained frequently about how soul-crushing or boring their jobs were, all of my friends who were laid off are still resentful and hurt.  Being laid-off feels like a judgment of their worth.

What got me thinking about all of this was learning that a dear woman I know, was just laid off.  She was one of the most diligent, respectful, and loyal people I know.  Some of the friends/acquaintances who lost their jobs were like her. (Some even got axed within weeks of getting superlative performance reviews.) Some were barely performing but had been employed at the same organization for so long that they’d come to feel secure.  Some had been looking for new opportunities for months or years but still weren’t emotionally prepared for the rejection that has come with being unemployed.

All of this is exacerbated in this new frontier of employment where jobs are more like gigs than foundations upon which one can build a life. Yet another friend was casual when her position was eliminated because she’d always found new jobs easily.  Not this time.

What’s interesting is that the people I know who were diligent workers and those I know who were non-performers have all ended up in the same boat.  It’s sort of like what I see happening with knee and hip replacements among my peers; both the athletic and the couch potatoes have experienced wear and tear for different reasons but which land them in the same place.

Today, all of us have to become entrepreneurs. Hmmm.  That’s too fancy and elusive a word.  All of us have to become hustlers.  All of us need to keep our resumes up-to-date, our network percolating, and figure out ways to bring money in from different sources.  None of us can get caught up in job titles, former salaries, or the unfairness of the employment situation.  We’ve got to keep it moving.  We’ve got to create our own work.  We’ve got to not let our sense of self-worth be determined by outside forces.  We have to take care of we.

Fight Back, Go on Record, Or Just Go – what do you do after a lay-off

One thought on “Keeping Regular”