Skip to content
Home » Advice » Accepting the message despite the delivery

I have learned not to let the messenger or delivery method obscure the truth of the information being delivered .This is not easy. Especially when the info is negative, the words are harsh, the intent suspect, and the moment heated. 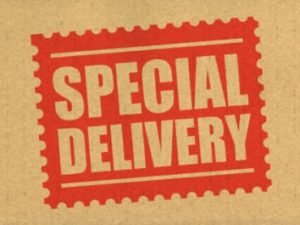 I would prefer to get instructional feedback in a pleasant conversation.

I would prefer a light, steady, non-nasty/harsh/loud delivery. (You catch more flies with honey than with vinegar is a valid axiom.)

Sometimes, you just don’t get information that way – even from a loved one (parent, mate, child, friend) or esteemed colleague.

After I pick my feelings and ego out of the protective place I tuck them when they are hurt, I run over the words again.  Is there any truth to what they said?  It’s easier to do this if I have respect for the messenger.

I tend to be non-confrontational with people I love. I avoid conflict like the plague I think it is, but this is an unrealistic and some would say unhealthy way to live especially when you love people who will shoot and sting, get you told, curse you out, debate and cross-examine you in a heartbeat.

They take offense, I retreat.  If it’s a true argument involving back and forth, my brain shuts down.  I can’t remember what was said by them or what I said in response.  I just want to flee to safety and wait for the storm to pass.

Once I wrote a letter to a friend,  saying that I’d heard about a fight she’d had with her daughter and telling her that teenage/young adult mother/daughter relationships are often fraught and sharing some advice because their argument had gotten physical.  I wrote a letter because I thought it was a more thoughtful way to address the situation and that in the privacy of reading it, perhaps she would hear my advice.

It was not received well.  She called me up and cursed me out and told me I was being disrespectful by writing instead of calling her.  Needless to say, I avoided her for a very long time.  We’ve since mended but I’m not sure how I would ever give her any negative feedback should another occasion arise. ( I know in my heart, that if I had called her like she suggested I should have, she would still have berated me verbally and perhaps told me to mind my business, which begs the question, when do you offer advice to loved ones.  I wish even I was young and uncertain but determinedly marching forward into quicksand, that some of the people who saw me going into bad situations had pulled my coat.  It would have saved me from wasting so much time.)

What I’ve come to is accepting that some people I care about will tell it like they perceive it, like to debate, and are quick to anger.  I’ve also learned that I can get powerful lessons even from people who don’t care for me or who are strangers.

While I hold firmly to how I try to give feedback, I have had to accept that my preference for peace has nothing to do with the volatility of others.  I also try to listen, in the case of someone I love dearly, when they told me they didn’t want to hear what I had to say going forward.(Well, damn, I thought more than once.)  Keeping my opinions to myself doesn’t make our relationship better, it just keeps a line or two of communication open even if in an unnatural, non-candid and therefore, non-honest space.

Very recently, I read through the evaluations about a program that I coordinate, gulping when I read one particularly challenging assessment of me.  This person was not reached by me despite what I thought was an open invitation that others in the same program took advantage of.  I have reached out to her and will triple my instructions on my availability if the program is funded again.  While I don’t understand why she came to her conclusions, I have to believe that they are valid to her and act accordingly.

So, give it to me baby.  I may not agree.  I may get hurt but I much prefer to know what you think and where I stand than not.

You Don’t Have to Post it, Just because you wrote it

7 thoughts on “Accepting the message despite the delivery”