I am torn apart and set asunder by the dichotomy I witness daily; the striking differences in the way people I know are living.  Increasingly, I wish I didn’t know, notice or care.   It has become a nagging burden in my heart. I do what I can but I can do little.  I want to be a match-maker between people of means and people of little means.

Recently I went to an annual gathering at an acquaintance’s home.  She has had the good fortune to purchase a home (her second) that can easily accommodate 50+ people at a time. She did a total gut rehab on a very large Victorian house.  I don’t know if she was able to get everything she wanted but she got a lot – new, fresh, and spacious inside and out.

I brought a friend with me to the gathering who is essentially homeless.  She has no place of her own despite working hard and having multiple talents.  If you looked at these two women from the outside, the one who is homeless looked all put together.  She is attractive and dresses well though not expensively (some people just have style).  The woman who owns the well-appointed,  large home (and her own thriving business), is not stylish at all (nor does she aspire to be).  She looked like the person who might have delivered the refreshments to the party.

The friend who came with me on that day is not my only friend who is broke.  There are several hard-working, kind women I know who, through a combination of little luck, financial naivete, poor planning, unexpected set-backs, and no life partners with whom to combine forces, are alone and living on the edge. 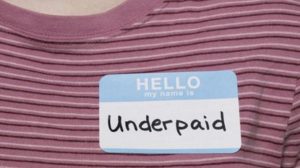 The gulf between them (all Black women) and other friends (Black and white) who own multiple homes, travel internationally every year, and could and do afford things like Hamilton tickets (on the first Broadway run no less) is wide.

I care for these friends and acquaintances on both sides of the income divide.  I want to be a resource match-maker.  I have to bite my tongue not to say,  “instead of doing this this year, could you do this and help this woman out?”  But who am I to suggest what someone else should do with their resources?

Not all of the broke friends are homeless.  Another friend owns a three-family house that she inherited after her parents died.  Two of the apartments are not inhabitable.  She is working but for far less than her degree should have earned her (only earning about $20k per year).  She had to step back from her career to care for her mother in her mom’s last years and she’s never been able to get back on her feet financially.  About $40-50k would get her apartments up to code to be rented and provide her a reasonable income as well as shelter others.  This amount may as well be $1 million because raising it is far out of her reach.

Another friend owns a home, working in a job beneath her skills and degree.  She needs to repair a bathroom and get a curb cut from her driveway onto the street.  She doesn’t have the money and so regularly wears out the tires on her car.  The city says it’s not their responsibility.

Another young woman has two young children.  She is staying in a room in a larger apartment with other women and their children. She had to leave her former apartment after finally calling Inspectional Services on her landlord.  They found so many violations that she had to leave.  She makes more money than the other women but not enough to find an apartment that she can afford in this city and take care of her kids.

These women don’t have cable, don’t eat out except an occasional fast-food meal. Some of them take advantage of free cultural events but others don’t.  We have never been able to have retail therapy (except at Savers in West Roxbury or Morgie’s and even then they pinched pennies).  We have never gone away for a weekend or done other normal things that they should be able to do at this time in their lives.  They are all in a kind of stupor, focused on making it from week-to-week that blurs into years.  Their life-clocks are ticking while they keep taking a licking.

This gulf between my friends and acquaintances that have and my friends and acquaintances who have not, is terrible and terrifying.  I share information about job openings, side gigs, apartment listings, budgeting classes, home-improvement programs, write cover letters and give references. (I helped two of these friends get their current jobs but the pay is not enough to lift them.)  Before computers, I would have been able to help at least one of the friends get an affordable place to live.  I would have been able to talk to a housing manager about their suitability and goodness and helped them get in the new development.  Now there are lotteries and even knowing Executive Directors of CDCs, or a developer, or a management company doesn’t make a bit of difference in getting a good and deserving person who would be an asset to the community into an apartment.

So, I carry them in my heart and prayers while working to strengthen my own safety net and those of my children and grandchildren.

Love, concern and care are not enough. Tears are ineffective.  And, I guess we haven’t prayed hard enough for the prayers to be answered. Money-money-money-money-Mon-Ay is what is required. 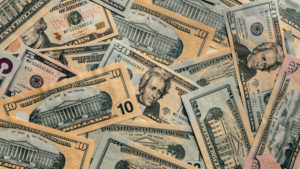 Getting Brenda Told: Frugality Does Not Produce Wealth