You don’t even know who you think you know.  The shadow self exists.

When the story first broke, Joyce Mitchell’s son spoke to reporters about his mother. He defended her and said:

“She’s always been a good person. I mean, you can talk to anybody in Dickinson that really knows her, and they’ll tell you they’re the nicest people,” (Source: nbcnews.com)

Joyce Mitchell has now been arrested for helping inmates Richard Matt and David Sweat plan and execute their escape from the Clinton Correctional Facility in Dannemora, New York.  She’d even spoken to the inmates about killing her husband, Lyle Mitchell, who also worked at Clinton.

He believed his mom would never harm anyone or be involved in a prison escape plot.  His fervor in defending his mother was steeped in his love for her.  He thought he knew her. He didn’t.

You can feel sure but never be certain about people you know and love. You don’t know what people will do. 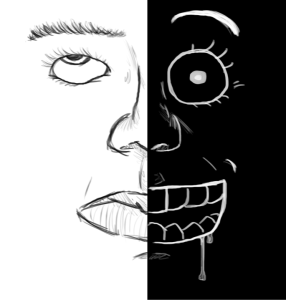 Whoopi Goldberg, Jill Scott, and Raven Symone loudly defended Bill Cosby against the dozens of women who accused him of drugging them and then having sex with them. With the release of the deposition transcript, it has become clear that Cosby obtained drugs to have sex with women he wasn’t married to.

So Whoopi, Jill and Raven, who’ve since changed their tunes, were defending who they thought they knew and not who Cosby really was.  Like most of us, they knew was only a side of Bill Cosby’s story, the side he showed them.  First of all, actors are just that: actors.  They play fictional characters. They read lines that someone else writes for them.  Secondly, sometimes “Chester the molester” only messes with some of the people he encounters some of the time.  Whoopi, Jill and Raven were not the types of women he chose to molest.  They were not in the position of seeking something from him.

According to the deposition, Cosby saw himself as a playboy. He admitted securing Quaaludes with the intention of giving them to women with whom he hoped to have sex.  This is giving playboys a bad rap. I’ve never heard of the original playboy, Hugh Hefner, being accused of coercing anyone or drugging anyone for sex although I’m sure he has had drugs and sex at rhe same time. Hef has never claimed to be anything but a player and has not been hypocritical, coercive or a rapist as far as I know.

John Wayne Gacy worked as a fast-food chain manager during the 1960s and became a self-made building contractor and Democratic precinct captain in the Chicago suburbs in the 1970s. Well-liked in his community and a clown performer at children’s parties, Gacy also organized cultural gatherings. He was married and divorced twice and had biological children and stepchildren.

Except for his victims, John Wayne Gacy, was hiding in plain view.  The people around him didn’t know who he really was.

In breaking news, Jarad Fogle, former Subway Sandwich spokesman, is to plead guilty to child pornography charges. Sweet-faced, nice Jarad!  As Reverend Smith used to say at the church I grew up in, “the devil will never come to you looking like the devil…else you would run….the devil will come dressed like a handsome man, an everyday person….

Back in my partying days, there was a guy who used to watch me dance (during the “Doin’ the butt” days).  My girlfriend called me one night because he was on the evening news, having been arrested for putting drugs in a woman’s drink.  The drugs had a bad reaction with a medication she was taking and she died.  In the subsequent story, it turned out that there had been complaints by other women that they went to his home (after a night out) and found themselves the next morning, undressed and feeling ill.  He’d gotten away with it until the last victim died.   I never went home with him, although he’d invited me and my friend to come to his house for breakfast a couple of times.  So glad I dodged that bullet.

Let’s face it – you don’t even know what dastardly, demented, dangerous or dumb things some of the people around you have done, are doing or are fittin’/fixin’ to do….and that includes You!

I Apologize to Myself

Note: Shadow Self image from Google.com

3 thoughts on “You don’t even know – the shadow self”